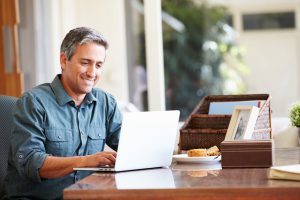 The future of work is now. You’ve probably heard that being said since the onset of COVID-19 and the growth of remote work. Well, it’s true and as the nature of how work gets done changes, so too does the way HR’s function plays out.

In part 1, we took a look at current trends, spoke to experts and focused on the learning and development arena when it comes to the future of work. In part 2, we’ll dive into other HR specialties and consider how they are changing as well.

In addition to talent acquisition, there are other areas that need some transformation. That includes human resources itself.

“It’s absolutely critical to put in the time to learn new things, especially when it comes to HR Technology. Don’t let fear of the unknown, or a lack of understanding about technology scare you away,” Tracie Sponenberg, Chief People Officer of the Granite Group said.

And the statistics are certainly on her side. According to a report by Harris Interactive and Eightfold.ai, those companies adopting HR are 19% more effective in reducing the time HR spends on administrative tasks.

While we’ve seen continued changes to the profession as a result of technology, we’ve also seen a real need for HR practitioners to focus on employees at the same time. HR automation/robotic process automation (RPA) provides the ability for the focus to be shared and making sure goals are met. Some of those administrative tasks include benefits management, form processing and even employee questions related to policies and procedures. Chat bots are helpful in this particular instance.

Additionally, automation with the help of provided data can reduce pain points and drive change across the business. For instance, in a manual process, there is some level of human error that can happen. While errors in automation do occur, it is at a much lower rate. Automation can be used to automate forms and workflows that avoid printing, signing and scanning. It can also automate the dissemination of those documents to ensure they are delivered to the appropriate people. And, it can also help in pulling data, filling out systems and databases and elevating manual data entry.

“If HR takes the time to automate the routine day-to-day tasks and ‘paperwork,’ we can be free to really dig into strategy and people development – coaching, training and developing our team members to be prepared for the future of work – whatever that may mean to our individual industries and companies,” Sponenberg said.

In addition to being prepared for the future of work as Sponenberg said, HR must keep an eye on where work is going to be happening. There aren’t many places where it’s happening in office buildings anymore. It’s happening in home offices and public spaces that can accommodate social distancing. It’s likely to stay that way as more and more workers have embraced flexible scheduling and remote work.

Remote work has quickly become a reality for many different industries, but that trend was already occurring before the pandemic. There had already been a 173% increase in people working remotely since 2005. Additionally, 75% of workers say they’re more productive at home.

Some of the reasons given include fewer distractions and less commuting. This presents a fair amount of challenge. A big one centers on engagement. Remote workers aren’t that much different from brick-and-mortar employees and the concerns are similar. Remote workers, just like those sitting in the office, are at risk for leaving the organization within the first year and even leaving to pursue other opportunities to advance. That means they need just as much attention when it comes to engagement. In some instances, more attention is necessary.

To solve issues related to the retention of remote workers, first think about setting expectations. The whole point of remote work is not having to go into the office. As such flexible work scheduling is typically a piece of the overall remote working strategy. To be more to the point – workers probably aren’t working a 9-to-5 shift if they’re off-site. That being said, managers can set particular expectations such as times the employee is expected to be “on the clock.” Some people refer to these as “busy hours” or “office hours.” It’s during this time remote workers should be expected to be prompt in their responses to emails and phone calls as well as be available to collaborate with the team.

Secondly, these workers must be included and that requires attention-to-detail and technology. If a team is meeting at the office to discuss strategy or anything for that matter, remote workers should be allowed to participate. They should actually be expected to do so. With tools such as Zoom and Skype available, there’s no reason they should not be included in the conversation.

Finally, think about rewards. There’s a misconception that remote workers don’t work nearly as much as those people sitting in an office. That is very far from the truth. In most instances, remote workers work longer hours than those in the office; about 46 hours a week. That being said, it’s important to reward these workers. If they are hitting their goals, that needs to be recognized. That naturally ties into productivity.

There is some real concern remote workers, in addition to allegedly working less, aren’t nearly as productive as their in office counterparts. Again, that’s a misconception. Look to CTrip, China’s largest travel agency. A professor from Stanford studied whether or not remote work was “beneficial or harmful for productivity.” It took two years to complete the study and what the professor found is a profound increase in productivity for a group of remote workers over their in-office counterparts.

It wasn’t all “sunshine and rainbows”, however. Those remote workers did report an increase in feeling lonely and many reported they didn’t want to work from home all the time. In the end, the recommendation was to create a hybrid of sorts; one that balanced working from home and in the office.

There is no stopping the future of work. In fact, as this report has explained it’s already here. While it is a concern for every HR professional working today and those who are about to enter the practice, there are words of encouragement to be shared.